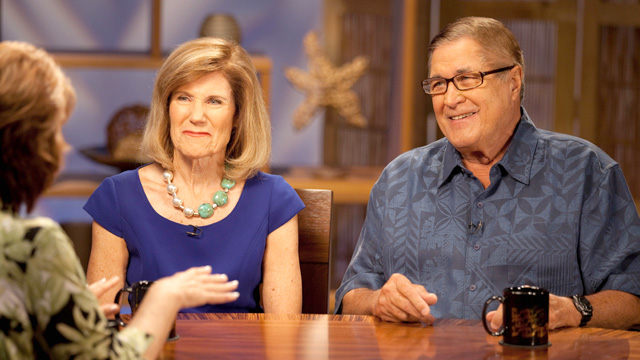 Long before winning an Olympic bronze medal in wrestling, Clarissa Chun started competing in judo at age 7. By the time she took up wrestling at Roosevelt High School, Clarissa was unfazed about grappling with both boys and girls. Clarissa talks to Leslie Wilcox about her experiences in what she calls a "fun but gruesome" sport — one that until recently faced an uncertain Olympic future.

Olin Lagon is the director of Kanu Hawaii, an environmental and social movement. He calls himself a "geek" raised in Kalihi and Palolo public housing. In his teen years, Olin says he skipped school to catch waves, and jokes that his blood alcohol level was higher than his GPA. In this conversation with Leslie Wilcox, see how Olin found new paths in life and became a tech entrepreneur and community champion.

Mahalo to Our Sponsors:

Long Story Short with Leslie Wilcox features engaging, akamai, one-on-one conversations with some of Hawaii’s most intriguing people. Leslie brings out the personal stories, revealing experiences and core values that mold the people who shape our community.

Long Story Short airs on Tuesdays at 7:30 pm. Encore presentations are broadcast on Wednesdays at 11:00 pm and on Sundays at 4:00 pm. Archbishop Desmond Tutu graciously shared his time with PBS Hawaii and Leslie Wilcox for an interview. The conversation was featured on an episode of "Long Story Short." CLICK HERE or on the picture above to see behind-the-scenes photos from the interview.